Well, if somebody had told me during my days as a recording artist that I’d later go on to do A&R work I’d have never believed them! But here’s the truth – it’s actually a vital part of development for any budding producer. In my opinion, its something which bands, songwriters and musicians should educate themselves on more as it’ll broaden their understanding of what they need to do to achieve their potential. Its not a god given talent that you’re born with, its a skill that is acquired through education, hard work and an open mind. So, what exactly is “A&R”? Well, it stands for Artist & Repertoire but the term has evolved some what over recent years. Traditionally, the A&R department is a division of a record company that is responsible for the growth and development of their roster. The “A&R guy or girl” is the liaison between the artist and label. From scouting, contracting, artist development and production choices to choosing which songs end up on the album, the A&R person is the one that is responsible for making the right choices, especially early in an artist’s career. That doesn’t necessarily mean that the A&R person creates all the answers to the big choices in an artists career, very often its about listening to the artist and the producer and then finding the right balance. The A&R person is often depicted as “The bad ass guy with the limo, the big fur coat and the girls on his arm who can sign me and make me a star” by recording artists but in all my years I’ve never seen such a scenario. So here’s the reality, the modern music industry is arguably past its profitable hey day and that A&R guy either no longer exists or if he does he probably wont ever come to your gig. A&R are just regular people that have to make creative and business decisions in order to take something to market with the best possible outcomes.  In recent years, since the age of digitalisation and the monumental changes in today’s music business, “A&R-ing” has evolved. The 4 remaining major corporate labels in today’s music business (EMI, Universal, Sony and Warner and their numerous affiliates) generally still stick by their traditional hierarchy of A&R scouts that report to the A&R Director that reports to the MD, CEO or VP. However, the modern view of smaller label/production/licensing companies is that A&R is something that can be done differently. A&R is often done successfully on a self employed, commission only incentive-driven basis by the label and the suitable candidates, many of who’m are producers, promoters, songwriters, music business post graduates, videographers – people who come into contact with artists and people with a well rounded view of how to make opportunities happen. The modern day A&R person is someone who has a well rounded view of not only where things are at right now but where things are heading in the near future. Someone who understands the needs of the artist, the need for profit and the wisdom to know the difference.

Throughout 2009-10 I worked as a A&R Scout for D Records and then for Aardvark Records looking at the Midlands and the North West of England. During this time I scouted and developed 9 acts from varied genres. This period of my life truly helped to fuse my creativity and business acumen on a much higher level. One of the things that really helped me to grow as a songwriter and producer during this time was receiving demo submissions from unsigned artists and being objective about their craft.

In addition to my other areas of music work I now operate as an independent A&R consultant to labels, publishers, artist management companies and PR companies who are in the market for new acts. If you are a songwriter or in a band and you feel ready to take your career forward to the next level then feel free to submit me a demo (mp3 or link) along with a statement of your intention by email at jonny@jonnyamos.com 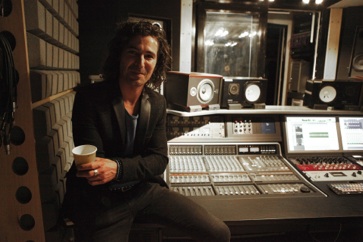 “In addition to my other areas of music work I now operate as an independent A&R consultant to labels, publishers, artist management companies and PR companies who are in the market for new acts.”